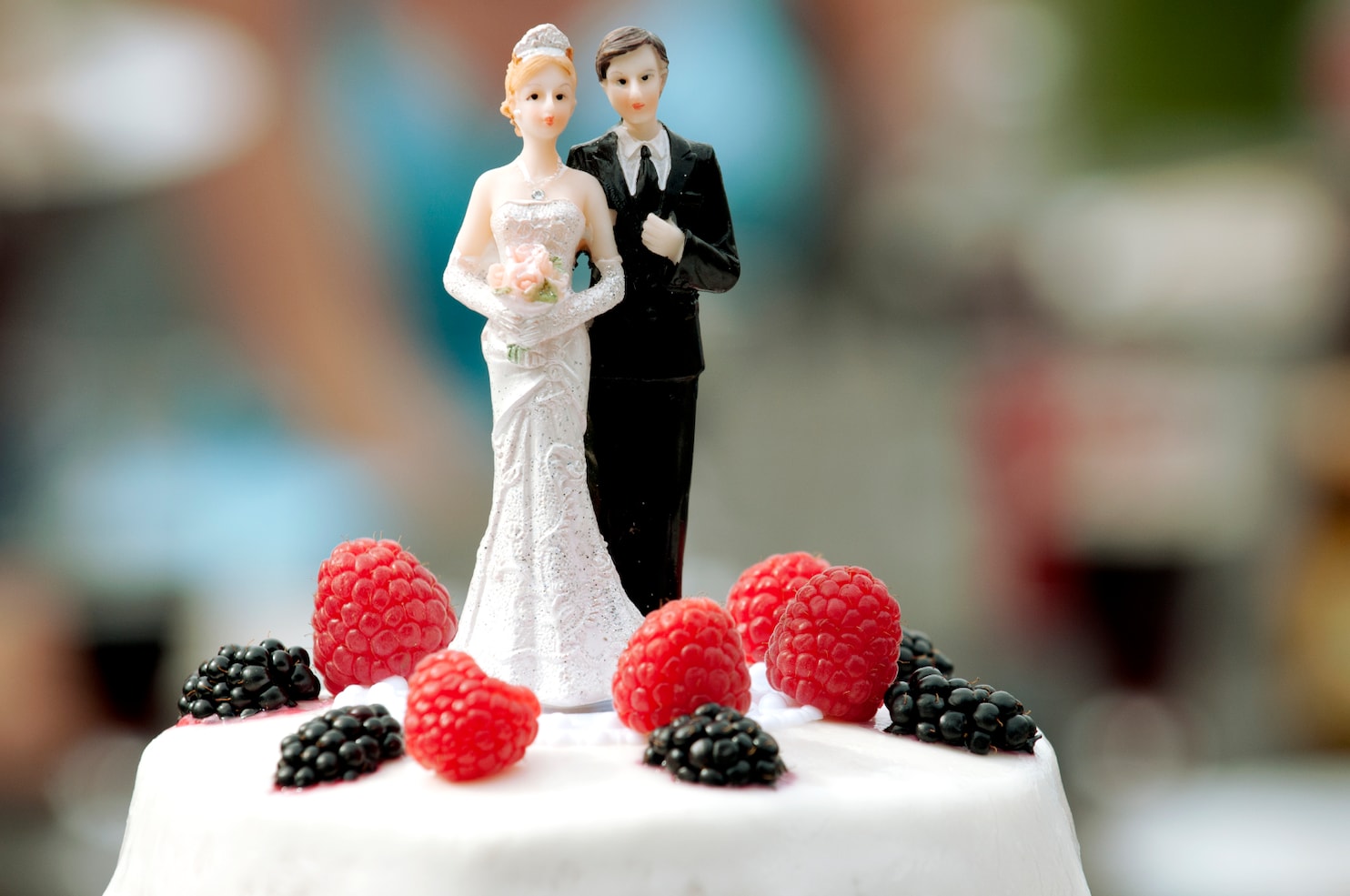 Cake toppers (so figurines on the cake are called in the West) are extremely fashionable and popular today, and without them it is already difficult to imagine the main wedding dessert. To its decoration are approached as carefully and deliberately, as to the recipe for the cake, which will be the crown of the official celebration. What will be the wedding figurine on the cake – edible or not – only the guilty parties decide. Regardless, the emotions received from the sight of a tiered cake with its smaller copies on top will bring the two lovers even closer together.

Wedding figurine on the cake: to eat or keep as a memento?

Edible wedding figurines are usually made of chocolate or marzipan. On the shape and composition of figures does not affect the material of manufacture – from culinary products make the same masterpieces as from plastic or porcelain. Edible figurines for a wedding cake are especially popular at youth weddings, when at the end of the evening they are devoured to the friendly laughter and joyful shouts of the guests. Everyone enjoys the cake, but most of all want to try the delicious figures that represent the main characters of the event. Therefore, very often the choice is made in favor of edible figurines, because eating their smaller copies brings together and unites the bride and groom. However, the wedding figurine on the cake, made of porcelain or plastic, is no less popular, as it has the indisputable advantage of remaining forever in family heirlooms. After the celebration it can be placed in a prominent place in the house, getting also a stylish interior accessory. The cost of these figurines is much higher than edible ones, but they will serve as a long time reminder of the unforgettable feast.

Wedding figurine on the cake: stylistics

The question of style is as important as what the figurine will be made of. The design of the figures of the bride and groom should be sustained in the general theme of the wedding. For example, if the celebration is planned to make in the classical version, then the statuettes perform in the same image.

At such a wedding will be inappropriate figures made in comic or animated styles. Such figures are suitable for creative celebrations, which usually chooses the stylish, unconventional and creative young people. Statuettes on the cake are one of the main components of the wedding interior, designed, first of all, to emphasize the individuality of the bride and groom, as well as to create an atmosphere of celebration and fun. Therefore, they should very accurately convey the special external and internal qualities of the young husband and wife. These can be standard sculptures in classic wedding attire, but there may be entire compositions in which the newlyweds are depicted in unusual poses or places. There are such funny figures on the wedding cake, where the groom holds his wife in his arms, stands in front of her on his knees, they kiss, hug or sit. Especially creative depict the newlyweds on skis, in a swimsuit, in the image of a zombie, in a soccer uniform. Often figurines of the newlyweds are depicted together with their beloved dogs or cats, with children, or, for example, with the second bride.